iPad is a very widely used device in the segment of tablet users, iPad was brought to consumer market to give an option to users as well fill the gap between smartphone and laptop. iPad runs on the same operating system on which iPhone works and each application developed for iPhone will work on iPad if it is compatible with iPad apps requirement.

From the day of its launch, iPad has kept getting momentum with its successors. People using this amazing device have great expectations from its apps and match up their expectations with commendable apps is something that requires great expertise and detailed knowledge about it. At MAT Consultants, we have taken to the wave of iPad application development with right approaches and reasonable price tags…!

At MAT Consultants, we have been analyzing the hidden potential of this amazing tablet from the users as well as from the client’s prospective and come up with mind-blowing iPad apps that are not just engaging but also fulfill all the expectations of our clients. Our team of iPad developers has extensive experience in creating customized iPad apps, which enables them to deliver iPad apps for the different industry verticals including: Business Apps, Educational Apps, Entertainment Apps, Healthcare & Wellness Apps, Banking & Finance Apps, Social Networking Apps, Multimedia Apps, Newsstand Apps, Sports Apps and more…

At MAT we have a team of highly experienced iPad app developers are aware about knowhow associated with iPad development, which enables them to leverage from a whole host of features like the pop-over interface elements, 3-axis accelero-meter and so on. Moreover, iPad developers are capable enough to deliver vibrant and thrilling gaming apps by optimal utilization of the inbuilt iPad features.

At MAT Consultants, our iPad developers not just focus on eye-catchy graphics, but they deliver well-optimized UIs, highly usable, amazing UX experience, well-managed code, rigorously tested iPad apps and so on, which makes it easy to get approval from the App store. Share your iPad application development requirements

If you’ve an iPad app IDEA running in your mind, then tell us about it! Our iPad developers always ready to hear from you, and would love to help you transform your idea into an exclusive iPad app.

Why to Hire MAT Consultants to develop your iPad Application

OUR IPAD APPLICATION DEVELOPMENT EXPERTISE INCLUDE

We are a leading iPad app development company based in India able to realize your app concept into a real app.

We have expertise to use latest tools, technologies and features to enhance end user experience. 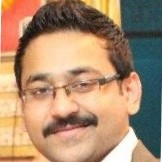 Abhijit Das is a seasoned executive and Digital Marketing expert who has been with MAT Consultants since 2016. In his role of Chief Executive Officer, Abhijit is leading toward its long-term strategic goals of delivering outstanding customer centric solutions and tangible results, driving effective innovation throughout the company and expanding its global reach.

He holds an MBA from Gujarat University, and ACCP Pro certification from Aptech Learning.

Along with corporate exposure Abhijit has been very active in academics, he has been visiting faculty for Advertisement, Marketing & Promotion at Ahmedabad Institute of technology and other professional training institutes since 2011.

Professionals Want's To Hire You?

Looking to hire dedicated mobile app developers for a particular niche? We offer dedicated hiring for mobile and web developers across several trending technologies. Here is the list of the various technologies and platforms that our dedicated developers have expertise in.